‘CBA (Cost Benefit Analysis) Builder’ is a free-to-use web-based interactive teaching and learning resource, which can be used by students to aid in their understanding of cost benefit analysis. CBA is used widely in industry in both the public sector (e.g. the UK Department for Transport’s COBA) and also in the private sector. In this sense, improving the quality of teaching and learning of this subject, and student engagement with it, will help to improve student employability by providing students with skills that will be sought by employers.

The need for the resource was identified after teaching cost benefit analysis to undergraduate students on Economics degrees within Nottingham Business School, and also to students studying Quantity Surveying and Construction Management in the School of the Built Environment at Nottingham Trent University (NTU). Students commented that grasping key concepts such as discounting future values to present values could be quite difficult. Working through real-life examples, and getting hands-on experience would therefore help students to understand the relevance of the different concepts learned and to gain practical experience. Developing a web-based, and free to use, resource would also allow students to access it away from University. This project was joint-funded by the Economics Network and the Centre for Education in the Built Environment (CEBE) as part of the Teaching and Learning Development Projects 2010/11. The main objectives of the project were to:

The project began with the multiple activities of constructing the CBA Builder website and writing the content for the online textbook element of the site. This took much of the first four to five months of the project, with the remaining time spet developing the CBA Builder Microsoft Excel-based CBA creation tools. The initial draft website iterations were hosted through the Economics Network website before the site went live in October 2010 on its own URL (www.cbabuilder.co.uk) which was purchased as part of the project. Following useful feedback relating to functionality and presentation of the resource from Martin Poulter from the Economics Network, the website underwent a series of alterations and amendments to improve usability/functionality and the presentation of the site. The final site layout and design was then decided upon (see screenshot 1, also showing the dropdown menu for ‘CBA Explained’ area of the online textbook). Further amendments and additions to the site were made throughout the project following feedback from staff and students, as well as to enhance the depth of content on the site. A significant amount of effort was also required to secure the external trial/feedback sessions with eventual success through sessions held at two Universities. 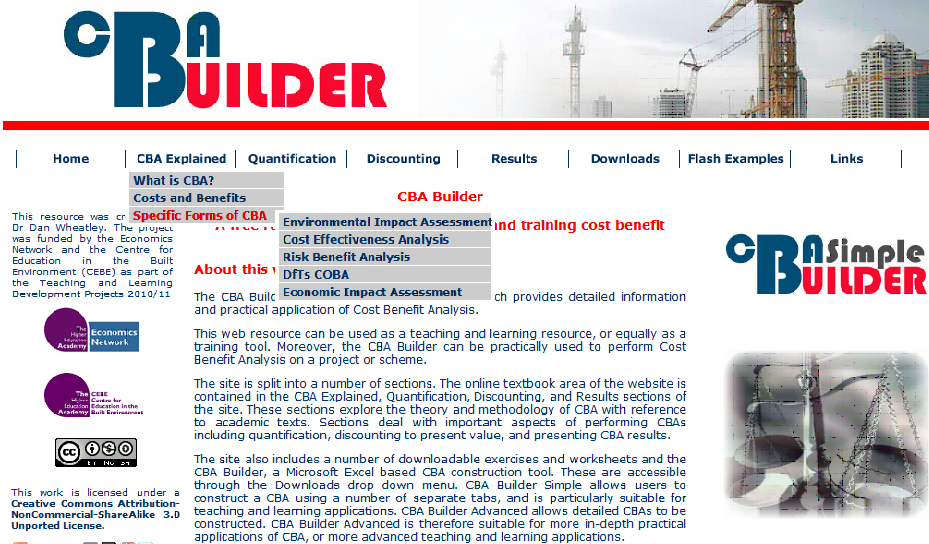 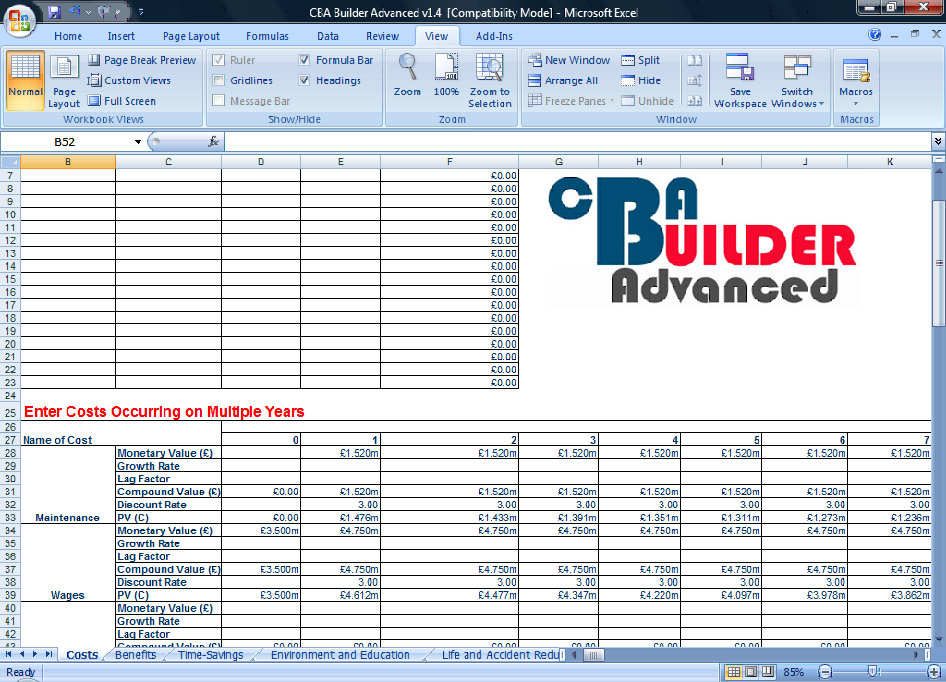 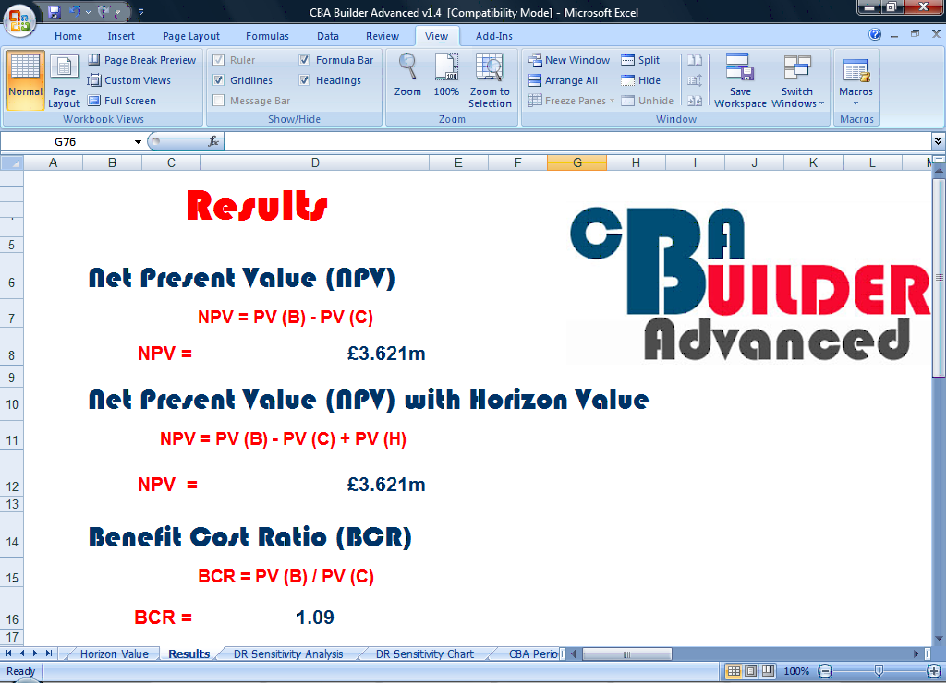 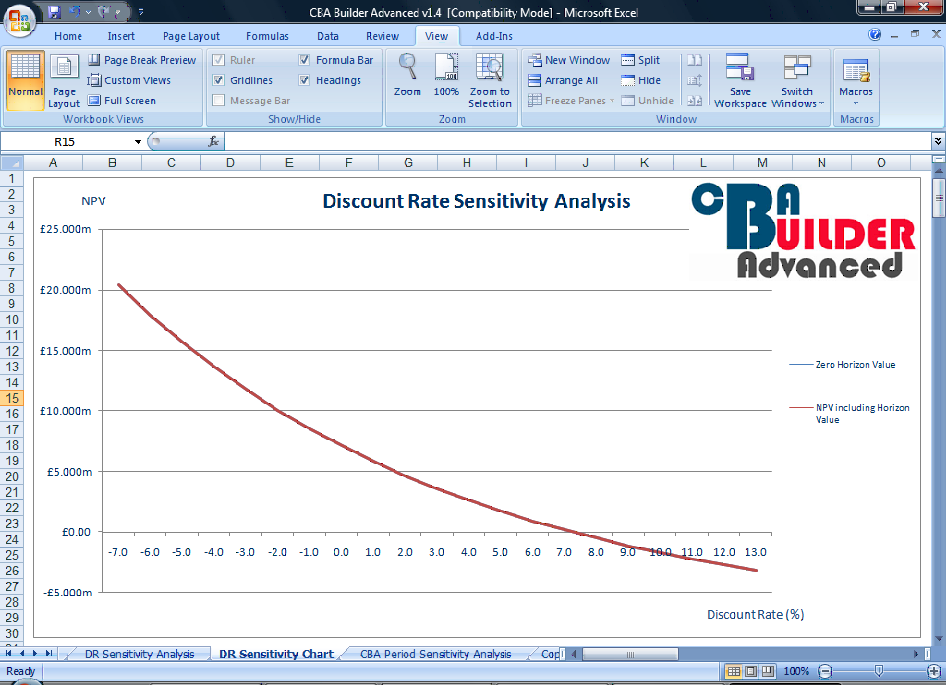 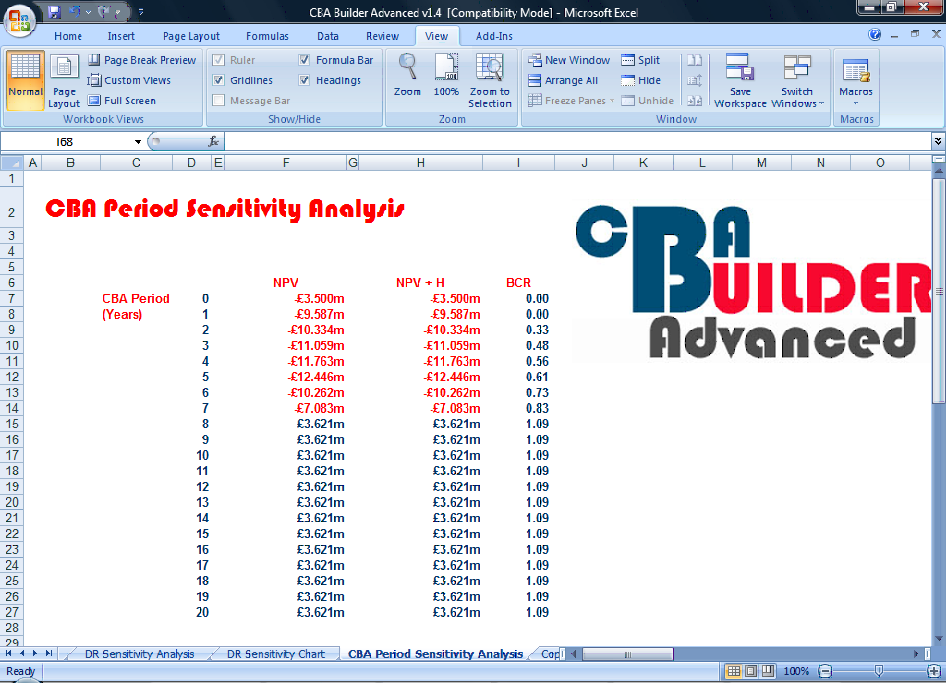 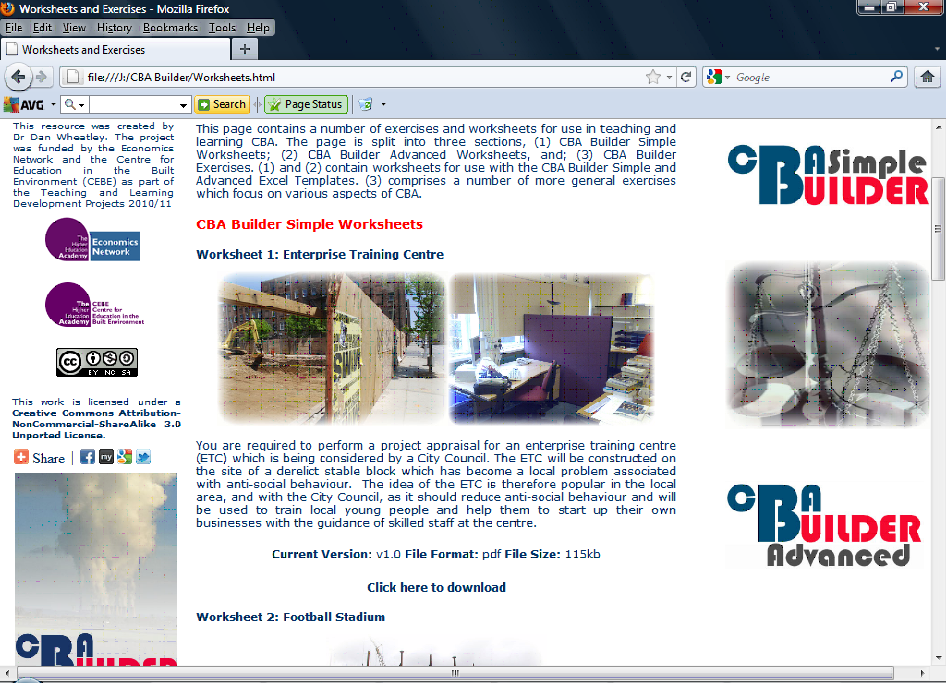 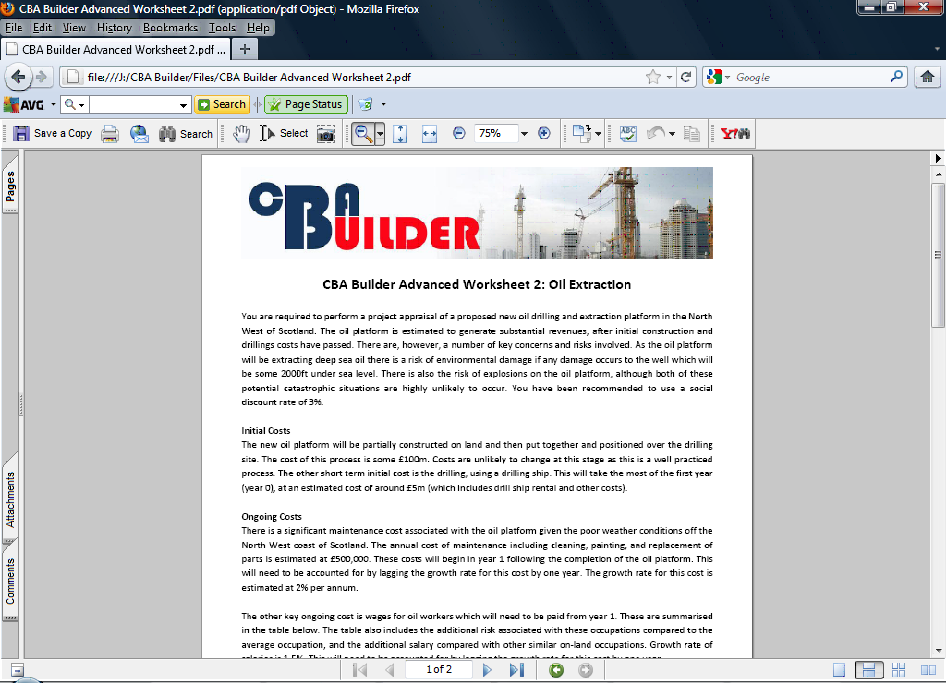 Dissemination of the project has taken two forms: (1) feedback sessions with students, and; (2) staff involvement through workshops held at NTU. The feedback sessions with staff involved two feedback workshops held at NTU, one at the beginning of the project, and one in January 2011. The student feedback sessions included two sets of feedback from students at NTU (including Economics and Business Economics students). One of these sessions was held during the academic year as part of a module being taught to second year undergraduate students. These trial sessions also involved the use of the resource in a coursework assessment. In addition external feedback sessions were held with Business and Finance students at University of Leeds (facilitated by Dr Surender Munjal), and two separate trials were held with Health and Economics students at Frederick University, Cyprus (facilitated by Dr Despena Andrioti).

The resource has been well received on the whole – evident in the feedback responses from the external and internal student sessions. Table 1 summarises the responses (as a percentage) to the range of questions asked in the feedback survey completed by all the resource trialists. Overall the results indicate that students found the resource useful and engaging as a method of teaching and learning CBA. This is reflected in the proportions of students reporting they would recommend the resource to other students, and those that considered the resource to have improved their understanding of CBA (questions 5 (a) and (b)). Feedback relating to the online textbook element of the resource was also particularly positive. Respondents indicated the materials were easy to understand, interesting, and well-linked, and that the material is relatively comprehensive. The feedback results were compounded by written comments from students which further suggested a positive reaction to the resource. Student feedback included the following comments:

“Thoroughly enjoyed the session as brought theory to life.”

“The resource is very useful, especially the [flash] examples on how to use the discount rate etc. when constructing cost benefit analysis.”

“It is an excellent tool, well constructed, and sufficient for use [by] non-economists and accountants.”

In addition the students provided some useful feedback on the resource evident in the responses to questions regarding missing content in Table 1 (questions 2(d), 3(c) and 4(d)), and in the following written comments:

“The resource is good. More animations would make it better.”

“Example was good. Would like to see it extended to further topics.”

“The CBA [Builder] Simple is too similar to the CBA Builder Advanced.”

This feedback largely focused on the number of flash animations, which was increased during the course of the project (from four to six), and also in relation to putting additional features into the CBA Builder Excel-based tools, including CBA period sensitivity analysis. The latter element of this feedback was especially useful. Much feedback was also received from staff and colleagues regarding ways of improving and expanding the features of CBA Builder Simple and Advanced, as well as differentiating the two versions of the tool further (something suggested in the third comment above). All of the feedback was used in the development of the tool which has been through a series of iterations since the beginning of the project.

In addition to the feedback collected from the student trials, feedback was also received (including useful comments for amendments and further development) from the organisers of the external sessions. These were also indicative of the resource offering a positive impact for teaching and learning of CBA. Comments from staff included “Overall a very useful tool”, “Interesting way of teaching [CBA] in classroom/seminars”, and, “It is definitely a very helpful tool ... I’m sure that the students will love it.” Positive feedback was also gathered from staff at NTU during the internal workshops. Staff at NTU had a chance to see the evolution of the project as workshops were held at the beginning and approximately half way through the project year. A further positive outcome of the project is that it has provided a useful opportunity to network and collaborate with staff at NTU and other institutions. For example, plans are in place to expand one of the worksheets which was dual authored with Surender Munjal (University of Leeds). The forward plan for the resource is to continue to gather input from other members of staff at NTU, and other institutions, to continue to improve and expand the resource.