"How does your experience of your course compare with any expectations you may have had?" 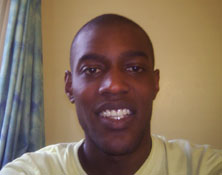 Since I was young, I always saw university as the pinnacle of education, where one would specialise and become a master in that subject. As I have worked my way through the educational system, I have learnt so much, but am increasingly of the realisation that the more I learn, the more I find out how much I don't know. With this perception, there are ways in which university has attributed to my knowledge of economics, but also ways in which it has increased its mystique.

Before the last general election, there was an advert on the BBC encouraging people to get involved in the political process and follow the debate. It basically went: There are 2 men sitting in a pub. One is just about to instigate a conversation about politics when the other hushes him because he doesn't like talking about politics. Then the politically-averse person, at various different times in the future, tries to strike up conversations about various topics but his friend now constantly hushes him, reminding him that everything he talks about is related to politics, which he said he did not like to talk about! When I first saw this advert, I instantly thought of how much this situation applies to economics.

If you ask the average person on the street to describe economics, you would get vague answers of 'something to do with businesses' or 'something about the economy.' Before I started my course, I too was guilty of the same ambiguity. Through my university course, I am finally able to grasp the meaning of economics.

All the world resources are finite. It is the effective management of these limited resources that to my understanding constitutes the subject of Economics. These management decisions permeate every sector of society. The continuing application of economic theory to solve these evolving problems has been challenging and will continue to do so. It is no wonder that it is such a popular choice for students these days. But is this popularity misguided? Looking at the statistics published by HESA (Higher Education Statistical Agency), for the year 2004, 1.6% of students became economists within 6 months of graduation. The generic nature of Economics is perhaps the cause of this and yet what I like about it so much. That is why I chose BA (hons) Economics instead of BSc. Although I had the grade requirements for both, I chose the read BA because of the variety of modules I could pick.

Economics provides the foundations of thought for you to provide your own opinions and suggestions, since there are strictly no right answers. Famously, President Truman of the USA once remarked that he wished for a one-armed economist; that way whenever giving Truman policy advice, he wouldn't say 'but on the other hand?' This uncertainty has been emphasised on my course: Where I expected to be learning new theories, which we have, we have also examined past theories in more depth and even rendered some of the simplifications made at A-level irrelevant! It came as quite a shock when I started my penultimate year and realised A-level was merely the tip of the iceberg. Up until that point, I would have considered myself to have a fairly good comprehension of economics.

Although I had heard about the vibrant social scene at university, I was surprised to find endeavours related to my course! Besides providing higher education, university also acts as a vessel with which one can feed their knowledge for their subject should they desire. Through various connections, students are privy to a wealth of information and resources. Examples include occasional presentations by leading economists, relevant volunteering experience and for the more adventurous; you can even create your own society and tailor it to suit the aspects of economics you are interested in. These all combine to create a dynamic, interactive learning experience, making it more fascinating.

Innovative teaching methods can complement this. An example is Eviews, a software program used in Econometrics to examine the relationships within data and represent it in graphs and calculate other key variables. This type of activity reinforces your knowledge and combines your understanding with the use of IT, which is becoming increasingly important in the 21st century, especially in the business world where the modelling programs are used extensively in careers such as stock-broking. Students are building familiarity with this process which will hopefully aid them in their future choices.

One aspect of the course I am slightly disappointed with is the content. I would like to see a stronger link between the dynamic learning experience as I have previously described, and the static nature of memorising lecture notes and key concepts. This would fairly counter those who do well in exams despite turning up to hardly any lectures. They are able to do this by the method of 'question-spotting' ? whereby students only revise certain topics according to the questions which have most appeared in past exam papers in the hope that they will crop up again in forthcoming exams. By introducing a general knowledge section in certain core economic modules, this would provide students with the incentive to follow current events and read behind the news headlines and examine the economic significance. It would also create a shift to the more favourable maxim of general success in life - what you put in is what you get out.

Discussions in tutorials about economics should be related where possible to current events. This makes students more comfortable with talking about economics and I am sure this is part of the reason why students at more established university do better in graduate interviews than others. It would develop other skills as well such as presentation and communication for students who are not as pro-active at getting involved in activities outside of university.

In conclusion, university has not fulfilled all my expectations, but not because of any fallibility in the university itself, but rather because of my unrealistic expectations. University marks the real beginning of not being spoon-fed knowledge, and taking the initiative to learn by yourself for yourself. There are plenty of opportunities to do this through the extra-curricular activities available. Despite this, there are ways in which the teaching could be made more vibrant and current which would enthuse marginal students who chose economics merely as an elective, because they didn't know what to do, or because their parents told them to.